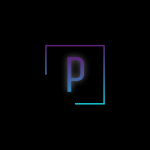 This is reportedly a US government video taken by the forward-looking infrared system of a Navy F/A-18 Super Hornet that encountered an unidentified aircraft off the East Coast in 2015. The fighter jet’s pilots were excited by what they saw. Credit: To The Stars Academy of Arts & Science/YouTube
As Politico first reported in late April, the US Navy “is drafting new guidelines for pilots and other personnel to report encounters with ‘unidentified aircraft,’ a significant new step in creating a formal process to collect and analyze the unexplained sightings—and destigmatize them.” In a statement to Politico, the Navy cited “a number of reports of unauthorized and/or unidentified aircraft entering various military-controlled ranges and designated air space in recent years.”

A former senior intelligence officer recently told the Washington Post that the newly drafted guidelines for pilots mean the Navy has credible evidence of things “that can fly over our country with impunity, defying the laws of physics, and within moments could deploy a nuclear device at will.”

In addition to “unauthorized and/or unidentified aircraft,” the Pentagon refers to such sightings as “unexplained aerial phenomena” or “suspected incursions.” But please don’t call them UFOs. By definition, UFOs are nothing more than unidentified flying objects, but in the popular imagination they have become closely associated with creatures from outer space. As the New York Times noted in a report last week, “No one in the Defense Department is saying that the objects were extraterrestrial, and experts emphasize that earthly explanations can generally be found for such incidents.”

Many UFOs turn out to be identifiable flying objects, atmospheric phenomena, or hoaxes. Sometimes they are secret military projects. The mother of all UFO narratives, the so-called Roswell Incident, is deeply rooted in the nation’s nuclear history.

In 1995, the US Air Force published a 994-page collection of records and information about the July 1947 incident, the alleged crash and recovery of a flying saucer and its alien occupants in a remote part of New Mexico. An Air Force Declassification and Review Team concluded that the Army Air Forces (as the Air Force was known at that time) did indeed recover material near Roswell in 1947. However, this material was debris from a secret experiment launched in the early days of the Cold War.

Called Project Mogul, the experiment was an attempt to detect Soviet nuclear weapon explosions and ballistic missile launches. Maurice Ewing, a researcher at Columbia University and the Woods Hole Oceanographic Institution, had previously discovered an ocean layer that could easily conduct the sound of underwater explosions for thousands of miles, and he hoped to find a similar channel in the upper atmosphere. Launched from New Mexico’s Alamogordo Air Field in June 1947, Mogul was a string of weather balloons more than 600 feet long that carried acoustical sensors and oddly constructed radar-reflecting targets. Ultimately, detecting explosions with seismic sensors and air sampling proved to be more accurate and less expensive than acoustic detection. As the Air Force explained in a 1997 follow-up report, claims that alien “bodies” were recovered near Roswell, which did not begin appearing until the 1970s, were probably references to anthropomorphic test dummies carried aloft by high-altitude balloons used in unrelated scientific research.

At the time of the Roswell Incident, the nation’s only nuclear strike force was based at the Roswell Army Airfield—a closely held secret. That may have contributed to the secrecy surrounding the recovery of Project Mogul debris.

Long after the Cold War ended, some observers continue to report a pattern of suspicious UFO activity near missile silos and other nuclear weapons sites. Perhaps it is not surprising that two subjects that have long raised intense fears—nuclear war and alien invasion—should be linked.

While military sightings of unidentified aircraft are getting more attention of late, UFO sightings by the general public have actually been declining for the past few years, according to the National UFO Reporting Center and the Mutual UFO Network, two online sites that collect and analyze reports. One possible explanation: the military’s increased transparency about reporting and investigating alleged encounters.

ANOTHER UFO SPOTTED IN CALABASAS 8/1/2019 caught on iPhone

I was filming a rare bird in my backyard and was caught a strange silver object moving rapidly in the sky above Calabasas near Malibu. UFO ManimalVinyl

Derek (Alex Sharp) a brilliant college student, haunted by a childhood UFO sighting, believes that mysterious sightings reported at multiple airports across the United States are UFO’s. With the help of his girlfriend, Natalie (Ella Purnell), and his advance

In 2004, an American fighter plane from the USS Nimitz, an aircraft carrier stationed off the coast of San Diego, engaged with a UFO over the open ocean. Stream Full Episodes of Contact on Discovery GO: https://go.discovery.com/tv-shows/con… Subscribe to